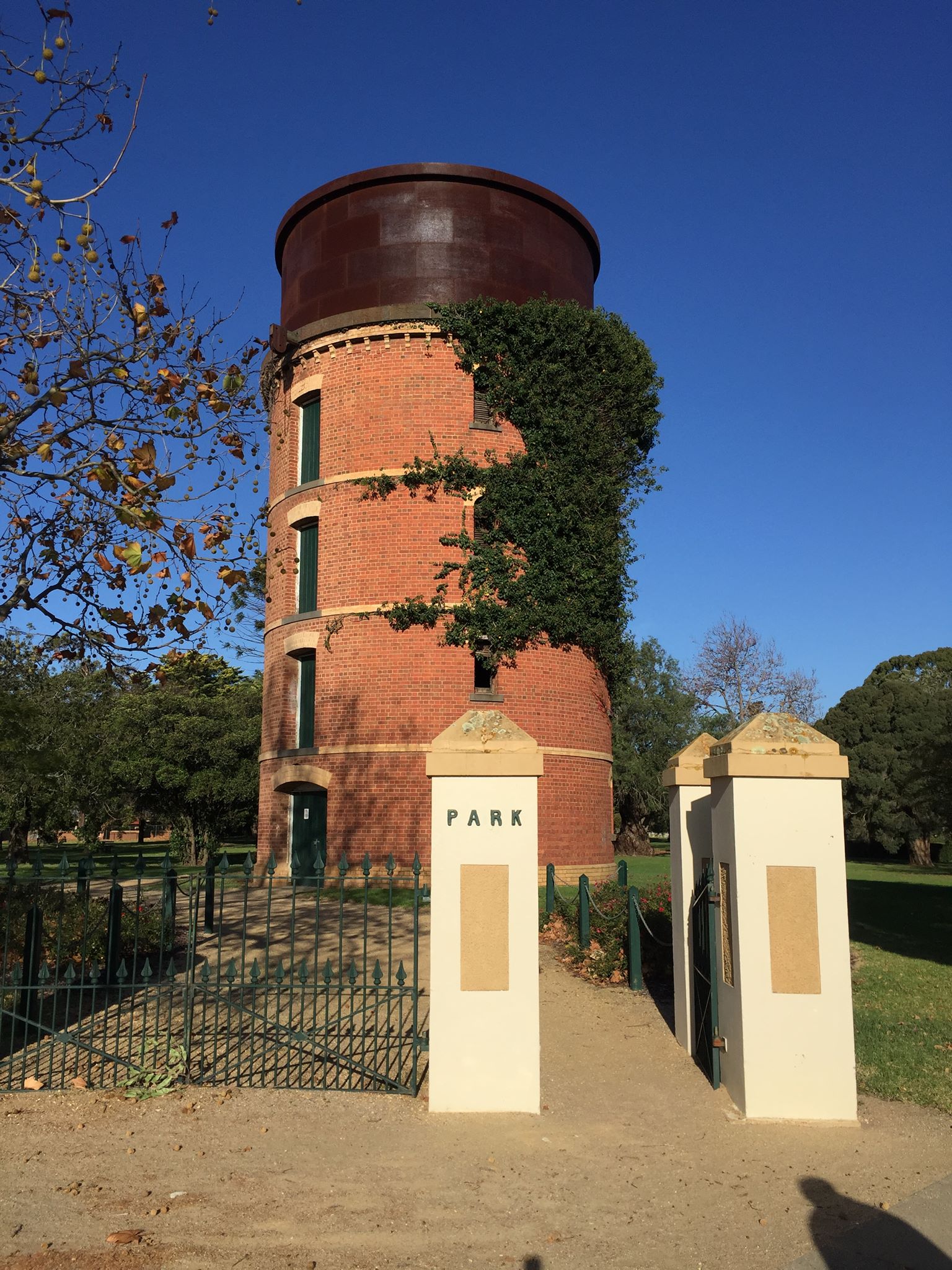 An icon of the Sale landscape

Restoration of the Tower commenced in 2016 and has included private contributions by the public as well as support from the Federal Government through the Building Stronger Communities Program, the Victorian State Government through the Latrobe Valley Authority, the Wellington Shire, the John Leslie Foundation and the Sale Rotary Club.

Many individuals from all walks of the Sale and District community have also contributed countless hours to bring this project to its completion.

History of the tower

Built in 1888, the Tower supplied water to the towns 3,000 residents replacing carted water from the Thomson River.

The tank was made in Sale at the Union Foundry of Webb and Hagger, York Street (on the site of the KFC ‘Fast Food’ franchise).

The total cost of the construction, including pumps, boiler house and engineer’s cottage (situated near the current Gippsland Water, Water Treatment Plant on the banks of the Thomson River) was 8,000 pounds.

The Tower was in use for 82 years as a water storage both for domestic supply as well as supply to the swimming pool that was situated at the Tower’s base.

From the early 70s, the Tower was used as a Sale Council Parks and Gardens Depot.

Now complete the Sale Water Tower pays tribute to the genius of John Grainger as well as telling the story of water in Sale and the pioneer who lead the discovery of Victoria’s artesian water supply, John Niemann.

The top ‘observation’ floor allows visitors an unparalleled set of views over the town of Sale.

Visitors should be able to climb multiple steep sets of stairs to reach the upper floors. There is no lift or elevator on site.

The Tower will be open to the public with volunteer guides at the following times:

First Floor – the story of engineer and architect John Grainger

Third floor – the story of the observation deck